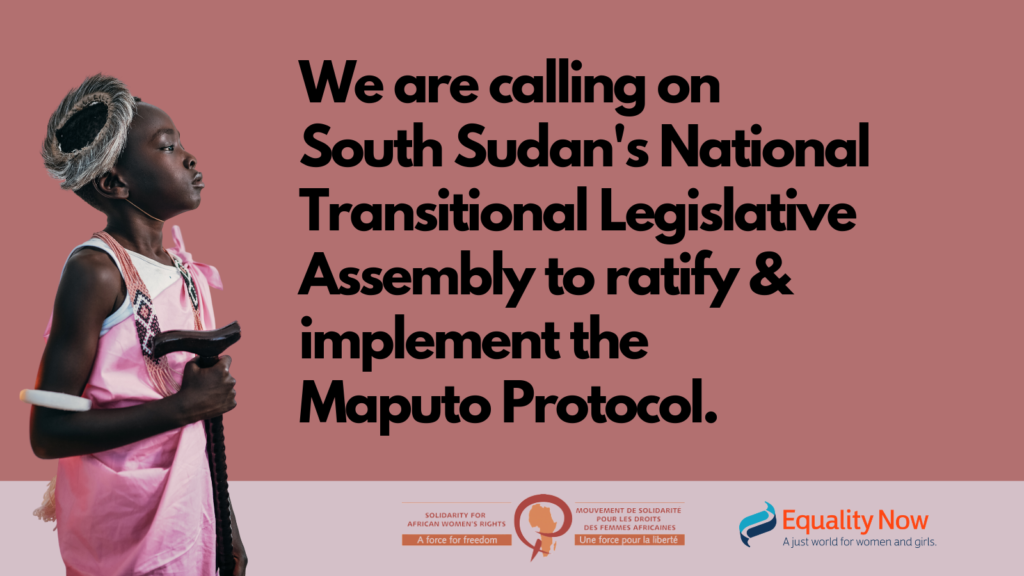 April 22, 2022 — An advocacy group, the Center for Peace and Advocacy (CPA), joins the call on the National Transitional Legislative Assembly to ratify the Maputo Protocol in order for South Sudanese women to be free from violence in the country.

Holding a virtual CSO Training on Alternative/Shadow Reporting last week in Nairobi, Kenya, under Equality Now, Solidarity for African Women’s Rights (SOAWR) and UNDP, the participants said the purpose of the training was to advocate for shadow or alternative reporting to draw accountability on a State’s implementation of its obligations under CEDAW.

Speaking to the media after the conference, Ter Manyang Gatwech, CPA Executive Director, said according to article 26, the Committee on the Elimination of Discrimination against Women (CEDAW) requires states to implement the treaties nationally.

“CEDAW requires states to implement the treaties nationally and to do so, they must review the law to identify and develop better understanding of the character of identified problems” He explains

“CPA shadow report raised the concern that women and girls continued to be abducted within the context of the conflict in South Sudan. The report recommended that the CEDAW Committee should ask South Sudan to ‘ensure unrestricted access by the UN, ceasefire monitors, and relevant humanitarian partners to all government and opposition cantonment sites and military bases where abducted civilians including women and girls might be held.” Ter Gatwech continued.

“An elderly woman and a woman with a disability have the right to freedom from violence and protection from age or disability-based discrimination. Women in distress, including poor women, women heads of families, women from marginalized population groups, pregnant or nursing women, and women in detention, also have rights.” Ter further explains.

The purpose of the convention on the Elimination of All Forms of Discrimination against Women (CEDAW) is to eliminate all forms of discrimination against women with a view to achieving “women’s de jure and de facto equality” with men in the enjoyment of their human rights and fundamental freedoms in the society. 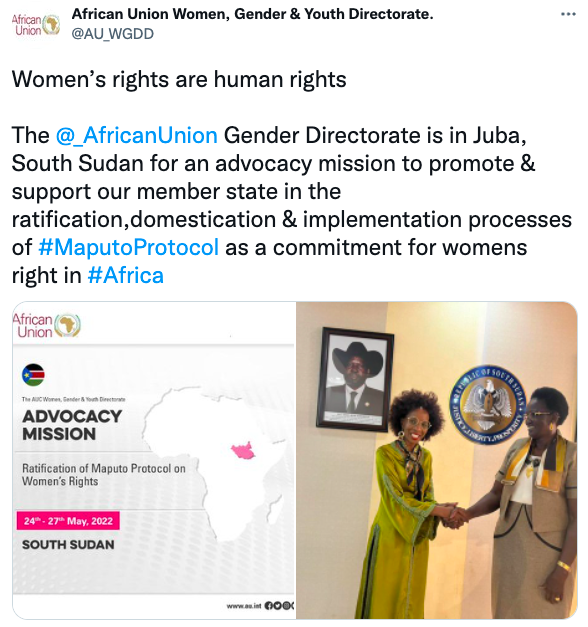 SOAWR Member organisation, Sources of Peace Organisation (SPO) for Women and Youth Rights held a national symposium on the Maputo Protocol in Tripoli in November, 2022 with key delegates. Read